Do you celebrate Kwanzaa? Kwanzaa is known as a ritual to welcome the first harvest of a home.  You will see red, black and green candles in homes that celebrate Kwanzaa starting on December 26th through January 1st of each year.   As a Caribbean child, I had early teachings about Kwanzaa upon entering school in the United States.  My school prided itself in teaching all of the students the principles of Kwanzaa and we had assignments and activities for an entire week surrounding the seven principles each day.  There were books, photos on the classroom walls, handouts to bring home to share with our family and a grand Kwanzaa school play.  It took a while for some people to grasp on to why our teachers were so adamant that all the students know the principles and to share each day how they applied it in their life that day.  I can’t say that there was much excitement from every child who couldn’t grasp the idea of celebrating such a holiday festival and my thought was because this holiday had nothing to do with gift giving.  In fact it was created in response to the commercialism of Christmas by Doctor Maulana Karenga.  In 1966 Kwanzaa festival was born and its roots do not include the fan faire that Christmas brings.   Gifts are exchanged but emphasis on food, celebration, gathering, reverence and recommitment are just some of the things that are of utmost importance for this holiday.

We were taught that there are seven (7) principles of Kwanzaa and they all have words derived from Kenya, Uganda, and Tanzania.  Keep in mind that Kwanzaa is not an African region focused celebration.  Its origin is from the United States citizen Dr. Karenga with influence from the civil rights era and Pan-African mission, therefore it’s considered and African-American holiday.

The seven principles of Kwanzaa are:

There are red, black and green candles that someone lights each day in honor of each principle.  The red, black and green represents that African liberation movement which you may see in most of the flags.  The candles are called Mishumma Saba in KiSwahili.  There are three (3) red, one (1) black and three (3) green candles that are placed on a candelabra or Kinara which is the proper KiSwahili term used.  The red is for African American people’s struggle, the black for the people themselves and the green for the hope and future of the people.  The black candle is the first candle that is lit on December 26th, then red for the next three nights until you get to green.  In addition to the candles, candleabra and tablecloth that most recognize and associate with Kwanzaa, there are other items on the celebration table which are:

I hope this information helps you understand more about this holiday.  I see how this celebration can be a great way for families to take time to bond and grow stronger together. 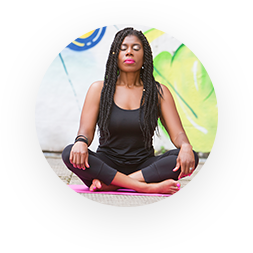 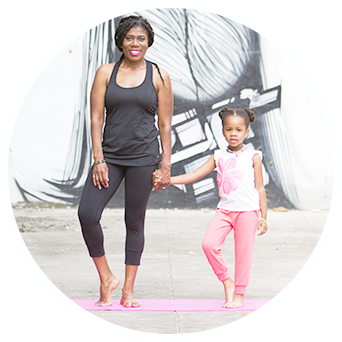 Hi, I’m Pauline an adventurous mom to an even more energetic and adventurous girl who keeps me on my toes. Through God’s grace I’m balancing marriage and entrepreneurship while living out my life to the fullest. I’ve developed several businesses including Elations; and Becoming You Lifestyle Management. My story doesn’t end here and you can read more about me on my page.
Read more